To promote educational success and to be effective, a school must be designed to effectively support the growth of teenagers. There are three stakeholders involved in this process: family, school, peers.

The school is called, beside its educational function, to compensate for the deficiencies of a family which is increasingly unable to bear the task of educating their children alone.

But also the school seems to be undergoing a severe crisis of identity, in which worrying forms of youth distress emerge, such as the seemingly innocuous “Internet addiction”, vandalism, bullying, a term in vogue, which includes various forms of disrespect for the common thing and for other people.

People who have been working in schools with passion for a long time have found that the best antidote to take away followers to this form of real “educational emergency” is to engage young people in a range of positive activities that enhance leadership skills and at the same time promote the growth of values, involving children in training their peers, making them active players of school life, developing their sense of responsibility and that rare “competence” of sensitivity, empathy, which consists in identifying oneself and sharing someone else’s joys, passions and problems; patiently sneak through the cracks of youth influenceability and act as a counterweight to the power of fatal attraction towards transgression, group ideology, flattening on a reality of non-values, whose effects begin to dramatically affect daily life and of which we are frightened witnesses.

The whole society is called to support the school in its effort to subtract the younger generation to the growing cultural impoverishment by avoiding to underestimate its extent and the impact this will have more and more on the evolution of society as a whole.

The wonderful energy and great physical and moral imagination of our young people can and should be valued and encouraged to result in a vital impulse to “positive doing”, which corresponds today to that “wellness of the person” which keeps it free from the corrosive action of deviant ideologies and dependencies of various nature and destructive potential. It is only in view of a real support to the development of teen personality that we can ask our young people to optimistically face the perspective of a job which is harder and harder to find, a delayed in time autonomy and an increasingly volatile and demanding labor market. 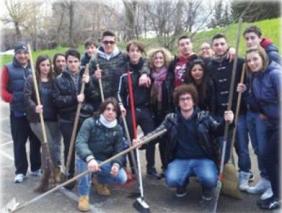 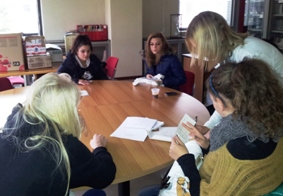 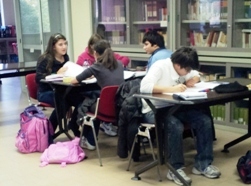